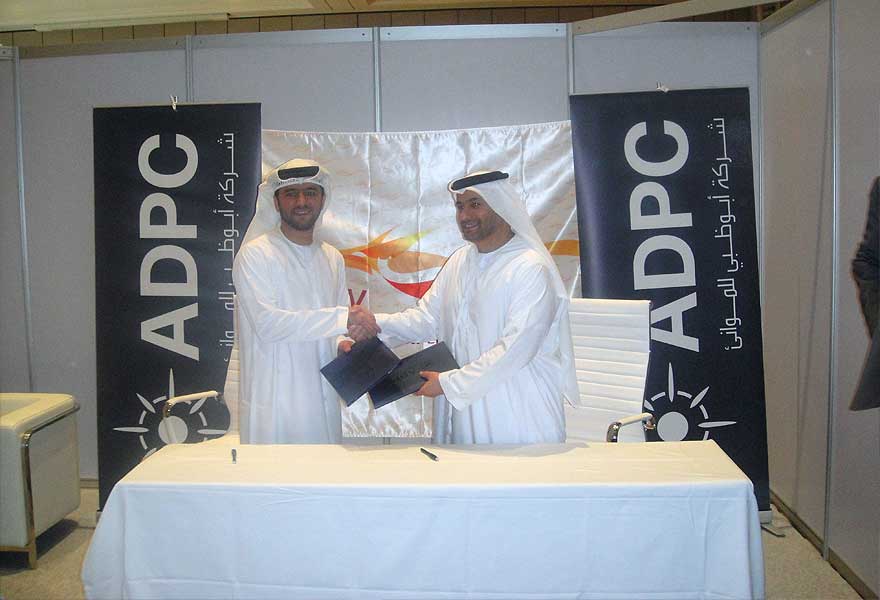 Abu Dhabi Ports Company (ADPC), a master developer and manager of commercial and community ports and the Khalifa Industrial Zone Abu Dhabi (Kizad), has today announced that it has signed an agreement with Al Dahra Agriculture to establish an agri-business distribution hub, at Khalifa Port.

One of the UAE's leading companies specializing in agriculture and animal feed production, Al Dahra Agriculture will establish a facility for the handling of agricultural-based bulk commodities, grain storage, processing units and logistics support services at the new deep-water port. The facility is expected to support the company's increasing global footprint and business growth.

Welcoming the agreement, H.E. Khadim Al Darei, Vice Chairman of Al Dahra Agriculture said: "From the earliest discussions held with ADPC, the benefits of operating out of KIZAD, with its access to the new Khalifa Port, were clear. We expect that our new regional base will immediately facilitate greater logistical and trading opportunities for our business and provide a platform for the expansion and growth we are seeing, at Al Dahra Agriculture."

Mohamed Al Shamisi, Executive Vice President, Ports, ADPC, added: "Al Dahra Agriculture is a strategic partner, not only for ADPC, but for the UAE and the region. The company is a premier supporter of the stable supply of high quality forage, fresh produce, dairy products and commodities to the local and regional markets; therefore, we are certain that its growing network of global operations will benefit from its direct access to the 60-plus direct destinations now served out of Khalifa Port."

The agreement was announced and formally signed at the World Ports and Trade Summit (WPTS) 2013, the region's only annual conference dedicated to the commercial maritime industry.

WPTS 2013 is a strategic industry initiative, spearheaded by ADPC to support the evolving role of commercial maritime interests in Abu Dhabi's and the region’s economic development.