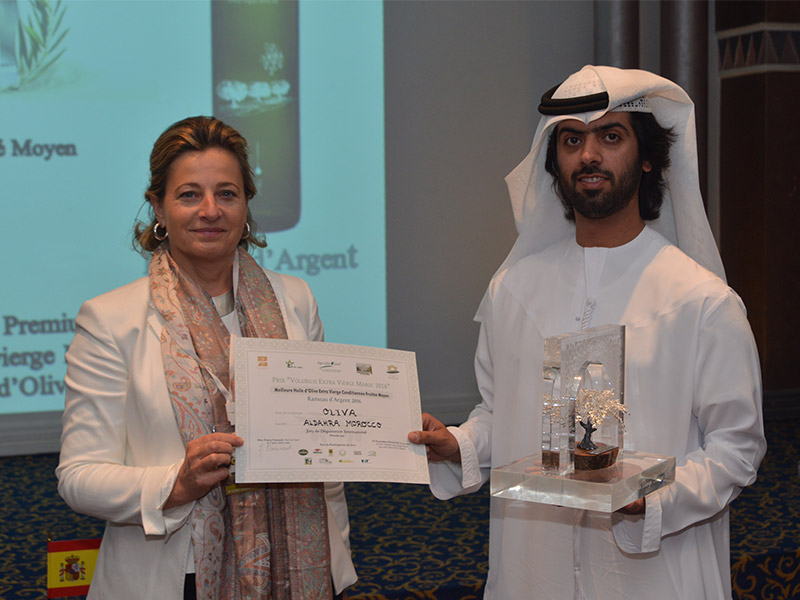 Al Dahra- Morocco won the second place in the National Competition for the best virgin olive oil in Morocco in its eighth session which was organized by Olive bar one of the Agricultural school’s associations in Miknas, under the supervision of the Ministry of Agriculture and Fishing in Morocco.

Al Dhahra participated with its very high quality olive oil “AlKeronikki“ that is produced in its own farm in Morocco “Cadillac “.

On 15th of May 2016, the award ceremony was held and the results were announced. The award was received by Mr. Mohamed Khalfan Al Ali, manager of Al Dahra Morocco, on behalf of Al Dahra. The President Deputy of International University of Andalos located in Spain attended the ceremony alongside the president of the Chamber of Agriculture in Miknas, and the representative of the Ministry of Agriculture as well as international experts in olive oil.

The ruling committee of the competition was composed of ten international experts accredited by the International Olive Council whom came from Spain, Italy, France, Germany, Portugal and Morocco. In addition, more than 28 of the biggest companies in the sector of olive oil production in Morocco participated.